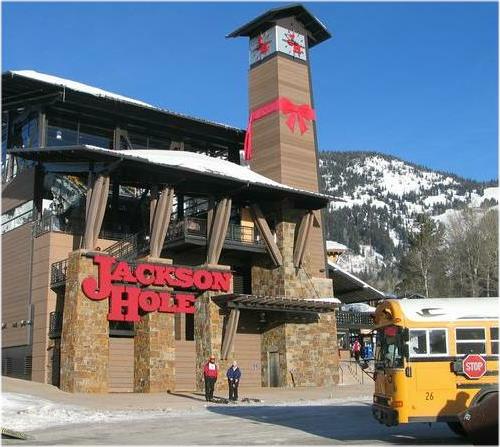 The "No Shadows" behind the trees 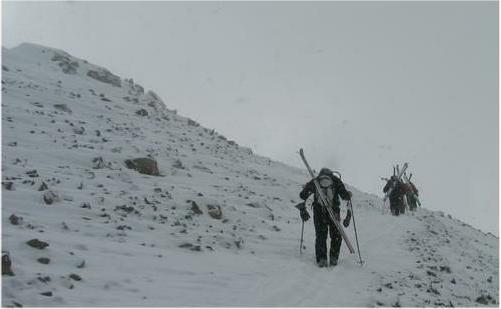 On the way up to the "No Shadows" ( I was really sick the week we had in Jackson hole,
it would be easier to walk up if my lungs were were not filled with slime.  One step at a time and
you get up! :)  ) 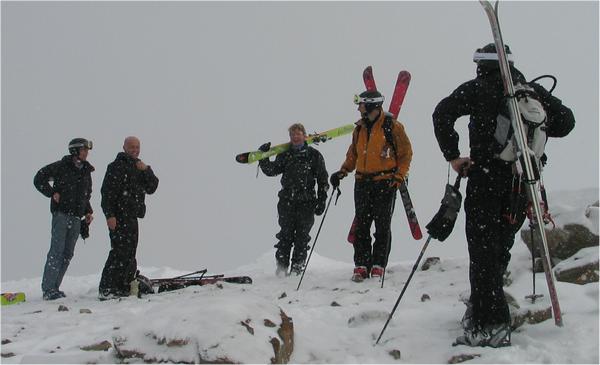 Was it here that you almost went down the hill and you lost your poles?


Down No Shadows without poles.  Good job! 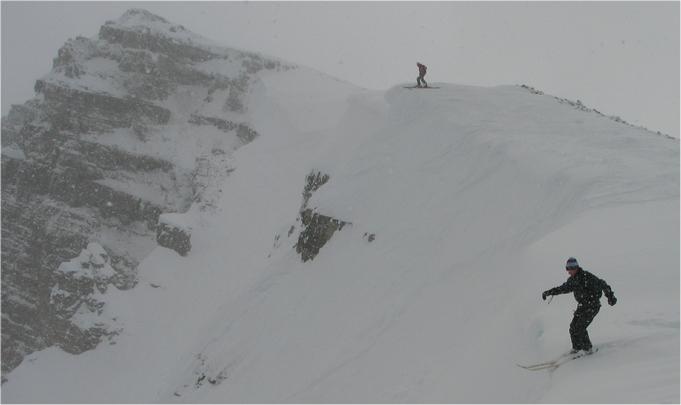 There are busses going from the ski area and down to Jackson Hole.

Jackson Hole is not as sophisticated as the French alp.  The Americans know how to cook too, as long as you stay
away from the typical fast-food restaurants. 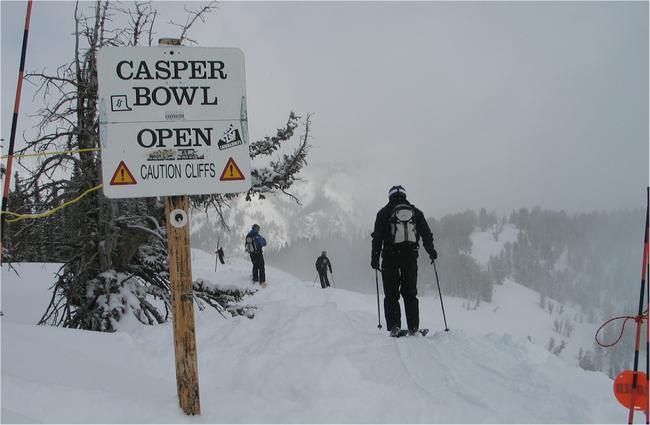 Jackson Hole has different bowls.  Here we are heading down Casper bowl. 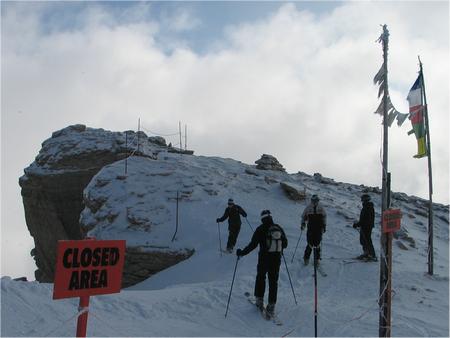 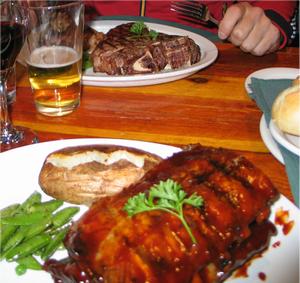